A turbocharger and a sticky set of tyres helps Volvo's S and V40 fly. But don't forget the cushion. TOBY HAGON explains why.

Volvo's S40 and V40 T4s offer punchy performance in a compact package. S is for sedan and V for wagon. Other than the obvious differences in the rear ends, the two are pretty much equal.

The T4 badge signals this is the performance version and that's one of few cosmetic differences to the standard car. The beauty of the T4s is in their understated looks, with subtle visual changes limited to 16-inch alloy wheels, wheel flares, different headlights, rear spoiler and front airdam.

Inside, there's plenty to play with, like an easy to use CD player - with good sound to boot - electric windows, electric minors and built in rear child seats, all in leather. But the dash tends to reflect onto the windscreen, particularly on tree-lined roads. That's not only annoying, it's potentially dangerous.

Both are also still lacking rear legroom and four adults will find the going cramped.

What really gives the T4 an edge over its base-model siblings lies under the bonnet. There's a turbocharged version of the 2.0-litre engine which is good for 147 kilowatts of power and an impressive 300 Newton-metres of torque. For the turbo and all its associated extras you'll pay another $5000 over the similarly-specified SE pack.

And if you insure your T4 through Volvo, you won't be slugged with a premium just because it has a turbo.

Volvo is quick to point out that these performance versions are not designed for the race track but instead for a good road balance. However, the suspension certainly feels more atune to smooth tarmac than some of the degraded back roads we drove on.

It's firm, due partly to the grippy 16-inch low profile tyres, and the joggly ride can become annoying even on freeways.

The turbocharged engine pulls strongly even from down low making both 40s pleasant brisk tourers rather than road rockets. The extra go is handy for easy overtaking, too.

The T4s are currently five-speed manual only. The four-speed auto arrives in April.

Strong engine with that little bit of extra go. But T4s lack badly for suspension suppleness. 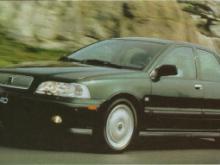 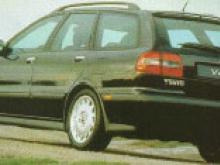