Volvo is famous for wagons, right? So John Carey took out the new V40 and an Audi A4 to see which company builds the better front-wheel drive turbocharged four.

Volvo wagons are the best Volvos of all. Which should make the V40 T4 something rather special. A smallish, front-drive wagon with turbocharged performance, it constitutes a category all by itself.

The Swedish company insists its wagons drive every bit as well as the sedans, a claim that’s accurate enough. So why not compare the new V40 T4 with one of our favourite smallish front-drivers with turbo performance, the Audi A4 1.8T sedan?

For '98 Audi has endowed the 1.8T with more than before. Bigger wheels and tyres, leather-bound steering wheel and gear knob, remote central locking, adjustable lumbar support for the front seats, seatbelt pre-tensioners on both front and the two outboard rear seats, wipers that vary according to road speed and a more sporting suspension calibration. A handy package of extras, especially considering the price is similar to the $51,000 of last year's model. The V40 T4 is priced at $53,950, an even $2000 more than the S40 T4 sedan. So realistically if you can afford one, you can afford the other.

There are other similarities between our contenders, but the engine bay isn't the place to find them. The Audi's engine sits lengthways in the engine bay. Its turbo is on the right-hand side with a catalytic convertor jammed hard up its exhaust turbine housing. The aluminium intercooler lurks low behind the left-hand headlight. The 20-valve head - three inlet and two exhaust valves for each cylinder is concealed beneath a styled plastic piece. It's pretty plain underneath; unfinished die-cast aluminium with four direct ignition units all in a row.

Volvo, too, hides its engine's working parts beneath a plastic modesty shroud which veils another aluminium casting, this time festooned - a little untidily - with ignition and injection equipment. The V40's intercooler is next to invisible because it's sandwiched between the air-con condensor and the radiator.

But it's not just the underbonnet hardware that's different. These engines also represent the two divergent philosophies of modem turbocharging.

The Germans say their 1.8-litre engine puts out 110 kW, a quite modest hike over the naturally aspirated version of the engine. The Swedes claim 147 kW from 1.9 litres. Such a big difference occurs because the Audi engine is a low-pressure turbo, the Volvo high pressure.

Now take a look at the Volvo engine. Its static compression is way lower at only 8.5. High boost, you see. When that big boost turbo's spinning hard, it's whacking so much high pressure air into the engine that it can't stand anything higher. Maximum power is high, but high-pressure turbos are prone to sluggish response at low revs. Partly because of their low compression and partly because their bigger, heavier turbos take longer to spin up to speed.

There was never any doubt the Volvo was going to deliver the better acceleration figures. What was surprising was how little slower the Audi proved over the sprint to 100 km/h and 400 metres. In round figures, the difference is only three tenths of a second.

What's more, the A4's transmission is much slicker than the V40's, its five-speeder quicker and more precise than the Volvo's. And while the German car's shift quality is consistent, the Swedish gearbox turns ugly when the car's driven hard. It snatches and shunts in a most uncivilised fashion. Part of the problem is that revs die very slowly when the throttle is released. This is fine if you don't mind waiting to match revs on upchanges, but if you're in a hurry it's certain to be jerky.

This ugliness occurs despite what Volvo calls Dynamic Stability Assistance. Sounds grand doesn't it? Despite the impressive title, DSA is traction control and not one of these new fangled electronic chassis stability systems with yaw and g-force sensors everywhere. DSA detects wheelspin through the wheel-speed sensors of the car's anti-skid brakes, reducing power by cutting fuel in 16 stages until the nasty squealing noises cease.

During the straight-line acceleration testing, once the right revs for max launch had been established, the Volvo was generally a little quicker off the mark with DSA switched off. Just the right amount of wheelspin kept the engine in the boost band and pulling hard. The driver can kill the system any time by pressing a button in the centre console for more than half a second, but the car defaults to DSA-on at every start-up.

Road driving reveals the real reason the T4 has DSA It's there to quell the torque steer. Accelerating even moderately hard out of lumpy, bumpy corners with the system turned off provokes twitching and tugging through the steering. Turn DSA back on and the behaviour disappears almost totally.

The Audi has nothing like DSA, nor anything like the same amounts of torque and power to deal with. Even so, it does a great job of disguising the fact its front wheels are driving as well as steering. The A4's front suspension is a very pretty piece of engineering, borrowed directly from the megabuck whopper A8 luxury car. Through clever design of front wishbones unlike anyone else's, Audi's suspension engineers have been able to almost totally eliminate torque steer.

Real roads also reveal the benefits of the 1.8T's low-pressure turbo. On winding roads the Audi accelerates hard out of corners because there always seems to be boost ready and waiting to provide thrust. Though Audi claims - and there's no reason to doubt it - the engine produces max torque across a broad band between 1750 and 4600 rpm, the feel behind the wheel is that the action begins at just beyond 2500 rpm. And it doesn't run out of puff until it hits the limiter at 7000, some 750 beyond the red.

It's a different story in the T4. Volvo also claims max torque across a wide band, 2400 to 3600 rpm. Seat of the pants, however, detects genuine action beginning a little below 4000. From here, there's a very strong surge to redline - which is also where the limiter intervenes - at 6500. Below 4000 is a wasteland of sluggishly fluffy response. Squeeze the throttle, then wait for it, wait for it...

When the bends are tight and close-packed the Audi is much the better car. It's always ready to punch and pulls a lead on the Valva away from every apex. Only if the subsequent straight is long enough does the T4's superior power allow it to make up ground. On an autobahn - high speed, high revs, big boost - the Volvo engine would quite likely work very nicely. But on give-and-take roads it's a frustratingly inadequate piece of work.

So, too, is the Volvo's suspension. Even though it has lower profile tyres than the A4, the V40 understeers more. Its front 205/50 ZR16s scrabble for grip on turn-in and develop more mid-corner slip. The result is noticeably less corner speed than the well balanced and crisply responsive Audi.

But the Volvo's understeer is the lesser of its suspension-related problems. The T4's ride is firm, as expected. Aside from a busy vertical jiggle that indicates a lack of small bump compliance, it's acceptable. What's not is the suspension's impact harshness. Both ends, but more so the rear, simply cannot deal with common road features like sharp-edged potholes. Crash! Shudder! Just like a big Suzuki Swift GTi. Yes, it really is that bad.

The 1.8T's suspension is firm, too. But it's better in every way. It delivers better steering response, less understeer, higher corner speeds, a superior ride and manages to isolate harshness at the source. While the Audi's wheels and tyres might be copping a very hard time from the road, their problems and complaints aren't passed on to driver and passengers. The suspension's various bushings simply absorb most of the nastiness.

So, to summarise, the Volvo has a dud engine, duff gearbox, so-so handling and a glaring lack of suspension refinement. There isn't really any point discussing its finer points - equipment levels, ergonomics and that sort of stuff - is there? The Audi's a much, much, much better car. If you like it, buy it. You'll enjoy. 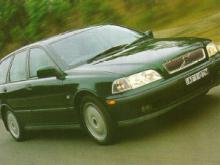 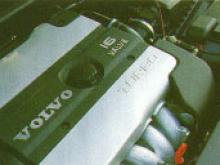 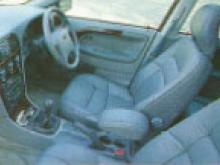 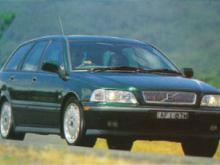 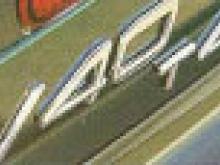