BMW is selling this car to make its spoilers race-legal. But under the drastic plastic, the thing's a sham, says GEORG KACHER.

This is the very opposite of a Q-car. Show rather than go. It's a homologation special created to improve the competitiveness of the 3-series saloon in European touring car racing, but very little of real substance matches its dramatic steroidal bodywork.

The add-ons comprise an M3-style front bumper, an additional blacked out air-intake, auxiliary driving lamps and a rubber lip designed to smooth the airflow. At the rear there is an ugly but effective double-decker tail spoiler which reduces aerodynamic lift, making the car more stable at racetrack speeds. Other drag-cutting body mods include a redesigned rear bumper-cum-air-deflector and a set of boldly sculpted sill extensions, while 'Motorsport International' badges on the rubbing strips and garish five-spoke alloys round off the boy-racer theme.

Stowed in the boot of each M318iS there is a plastic bag stuffed with rubber profiles, spacers, screws, nuts and bolts whose purpose is to convert the car's body to full race spec.

So adorned, the M318iS can hardly be described as pretty, and the story is much the same inside: a three-spoked sports steering wheel with airbag and flamboyantly trimmed bucket seats with adjustable thigh bolsters echo the elaborate wingwork. The price? Germans will be asked to fork out the equivalent of £19,500 - roughly halfway between the 150bhp 320i and the 192bhp 325i. In Britain, it won't be sold at all, because flash Germans have spoken for almost the entire run in advance.

While the familiar 320i and 325i offer the refinement as well as the extra power and torque of a six-cylinder engine, the M318iS makes do with a less cultured four. Available for the first time in a 3-series saloon (it's fitted to the mainstream 318iS coupe) this 16-valve 1.8-litre develops 140bhp at 6000rpm and 127lb ft at 4500rpm. It will readily spin to its 6250rpm red line and its throttle response is razor-sharp, but you never forget that it is not a six. Furthermore, the torque supply is ragged, and noise levels above 4000rpm decidedly unpleasant. It uses about 10 percent less fuel than the 2.0-litre six, however.

Mated to a slick five-speed gearbox, it propels the M318iS from rest to 60mph in 9.9sec, and on to 133mph. It is thus only slightly slower than the 320i saloon, and every bit as quick as the 318iS coupe - although the wider tyres feel as if they're hampering things above 100mph. The same seat-of-the-pants sensor also tells you that the fat rubber - in conjunction with M Technic suspension, tauter springs and dampers, and firmer bushings - allows quantifiably higher cornering speeds than the more sober 3-series models can muster: the M318iS feels unstickable.

Wonderful fluency and utterly failsafe on-the-limit behaviour are the keys to the M318iS's appeal. The qualities of the chassis are ably complemented by four powerful disc brakes, by the light and informative steering, by an ultra-fast clutch and by a close-ratio five-speed gearbox. Despite these qualities, however, the M318iS is too much racer and not enough all-rounder. The bodywork tweaks - though eye-catching - are worthless at legal road speeds, the stiffer suspension and wider tyres impair ride quality and cause tramlining under braking, and the rather steep price tag prevents this car from being a poor man's M3.

So Britons needn't fret that it isn't coming here. Better to go for an ordinary 320i with the optional M Technic sports suspension. It's cheaper to buy, more practical and more sensible. Most important, it's just as good to drive, and won't attract the cops and robbers. 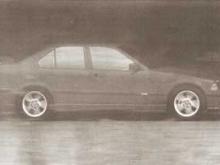 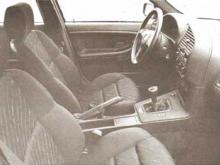 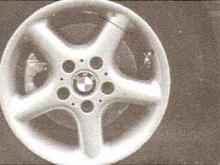 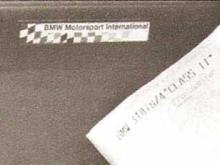