The new 3 series models were introduced from August 1998 with the 318i and 323i arriving first, followed closely by the 328i. Only the 4-door sedan body was offered initially, and E36 hatches, coupes and convertibles were sold alongside the E46 through to 1999/2000.

All models in the 3 series range were now sourced from South Africa instead of Germany.

Eight airbags and stability and traction control were standard equipment.

The 318i was fitted with the M43TU engine, a 1.9-litre four-cylinder engine with a single cam and eight valves. This engine was carried over from the earlier E36 series but received some updates - an extra 100cc in capacity, and balance shafts to make it run smoother. It's not a particularly powerful engine and feels particularly sluggish when fitted with the optional 4-speed conventional automatic transmission rather than the 5-speed manual.

The M43TU is reliable and has a timing chain that is designed to last the life of the engine. 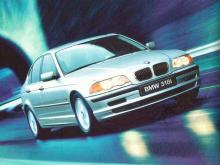 The other models had the M52 engine six-cylinder engine, a twin-cam 24-valve six-cylinder, which was also carried over from the E36 with some changes including extending the variable valve timing system (VANOS) to both inlet and exhaust camshafts, electronic throttle control (with cable backup), and a dual length variable intake manifold. The 323i (2.5-litre) was available with 5-speed manual or 5-speed "Steptronic" auto, but the 328i (2.8-litre) was auto only.

These M52 engines are fairly reliable but can have issues with oil consumption which are often due to PCV system which needs regular maintenance, and issues with the variable valve timing system. The M52TU engine fitted to E46 models had steel cylinder liners instead of the problematic Nikasil coating used on the E36 and other earlier models.

The following year, in 1999, the coupe and convertible models were introduced. The new bodies were six-cylinder only - 323Ci or 328Ci - and all models were available with a manual or automatic gearbox. 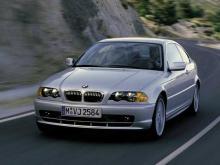 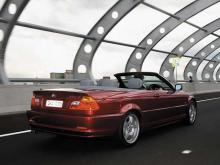 A recall affected early models up to June 2000. Many were fitted with Takata airbags that were found to be defective and highly dangerous and are subject to an ongoing recall that commenced in 2019. As no replacement airbags were available, BMW has been buying back cars for market value so there is much less of these early models available on the used car market. It is important to check the recall status of any car that you are interested in buying.

The M54 engine improved on the M52 with a non-return fuel system, fully electronic throttle (no cable backup), new engine management and a revised intake manifold.

Like the M52, the M54 also had issues with oil consumption if the PCV system was not well maintained, and there are reports of excessive oil consumption due to the low friction piston rings not lasting well.

At the same time, the 318i also received a new 2.0-litre 4-cylinder engine called the N42. The new engine was far more advanced than the previous engine. It has twin camshafts, 16 valves and features BMW's variable valve timing system and variable intake valve lift system (Valvetronic).

Unfortunately, the N42 suffers from several reliability issues including a timing chain tensioner that can cause major damage to the engine, oil leaks and high oil consumption due to worn valve stem seals. Proper servicing is critical for these engines to last.

The 2000 facelift also brought some styling changes including revised front end including new headlights, grille and bumper. Inside there was a new widescreen display for the satellite navigation system. 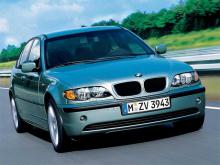 In 2002 a hatchback body was introduced. The "Compact" model range consisted of 316ti (1.8-litre four-cylinder), 318ti (2.0-litre four-cylinder) and 325ti (2.5-litre six-cylinder). Unlike the previous E36 Compact which used the rear suspension from the old E30 3 series, the E46 Compact shared much of its chassis componentry with the other E46 models. 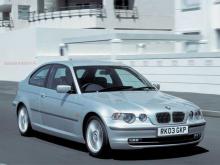 2002 also saw the first station wagon derivative of the 3 series ever introduced in Australia. The "Touring" was available as 320i only (2.2-litre six-cylinder) with manual or automatic transmission. There was an optional M tech package consisting of an attractive body kit, sports seats and 17" wheels. Manual models are highly sought after and attract a significant price premium. 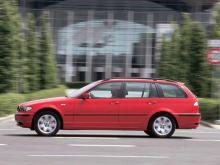 A semi-automatic 6-speed gearbox known as SMG became available on 330 coupe and convertibles. These gearboxes were criticised for the way they drove and they also suffered reliability issues. 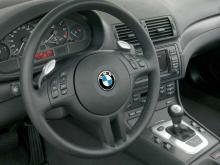 Coupes and convertibles received a facelift in 2003 which comprised new headlights, tail-lights, grille and bumpers.

In 2004 BMW offered Sport versions of all models which included a body kit, sports seats and brushed aluminium trim.

The four-cylinder models switched to the newer N46 engine. There were only minor changes between the old and new engine. The N46 has the same common problems as its predecessor.

Front suspension control arms and bushings, and rear shock mounts will wear out over time.

The E46 chassis has been known to suffer from tears in the metal where the rear subframe mounts to the body. This issue appears to mostly affect early six-cylinder models and is something that should be checked prior to purchase as it may not be economical to repair.

Window regulators commonly fail causing problems with opening and closing of the windows.

Options to look for