The 318i used the M40 engine that was carried over from the previous E30 generation 3 series. These engines use a timing belt which needs regular replacement and do suffer from top-end wear.

Six-cylinder models used the new M50 twin-cam 24-valve engine. These engines are very strong and long-lasting and have few common problems. Unlike their M20 predecessor used in the E30, the new engine uses a timing chain. Early M50 engines did not have variable valve timing but there was an update in 1993 where it was added to the intake camshaft. The variable valve timing system (called VANOS) does have some reliability issues relating to the sealing o-rings used that degrade over time.

ABS was initially fitted to only the 325i, and airbags were not available until 1992, and then only to the 325i. The 318i and 320i received ABS at the same time. The next year a single airbag was standard across the range. 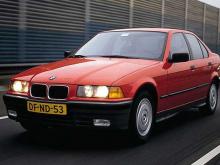 The M42 is a twin-cam 16-valve four-cylinder engine. Changes for the E36 included a dual-length intake manifold. These engines have a very good reputation for reliability and use a timing chain. 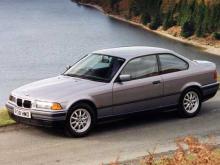 Through 1994 and 1995 a Sport Option Pack was offered for the coupes. This included an M3-style body kit with rear spoiler, unique fabric, 5-spoke wheels and a limited choice of colours including some not usually offered.

The convertible arrived in 1994 as 325i only. The two-door four-seater had a power-operated soft top with the option of a removable hardtop. 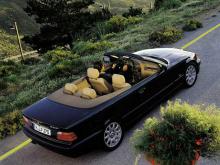 1995 saw the introduction of the 328i sedan, coupe and convertible with new M52 engine, a limited edition "Signature Edition" of the 318i sourced from South Africa, and the Compact - a low-cost 3-door hatchback derivative. A version of the Compact with a fabric sunroof was also offered, known as the Open Air.

The M52 engine was a major update to the M50 engine. It had single VANOS and an aluminium block with a special cylinder wall coating (Nikasil). This coating proved to be problematic and BMW replaced many blocks under warranty. Other reliability issues relate to the PCV system which requires regular renewal, and the VANOS sealing o-rings.

Compact models shared engines and front suspension and layout with other E36 models but the rear suspension was based on the older E30 3 series to save space and cost. The dashboard was unique but did use some parts from both the E36 and E30 models. 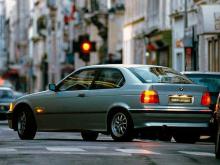 There was a facelift of the range for 1996. The front grille and bumpers were changed, but the biggest change was to all engines. A passenger-side airbag became available and the climate control system was changed to a new panel with buttons and digital display replacing the earlier panel with rotary knobs. A new style key with central locking buttons was introduced. 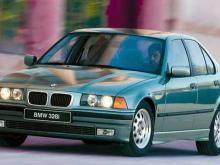 The 318i engine was changed to the M43, which was a big improvement in reliability and the engine required less maintenance as it used a timing chain instead of the M40's timing belt.

The M44 engine replaced the M42 in the 318is coupe. The new engine was 100cc larger and featured changes designed to reduce internal friction. Power and torque were little changed, although peak torque was available at a lower speed.

Through 1996 and 1997 there were some unique 323i sold which were part of BMW's "Individual" special order programme. These came with various combinations of options like unusual body and interior colours, sports seats and unique 5-spoke wheels.

Another model sourced from South Africa was offered in 1997 - a four-door sedan version of the 318is with M44 engine. These came with half-leather sports seats, an outside temperature display, unique 15" wheels and fog lights.

The E46 3 series sedan was introduced in late 1998, but E36 coupes were still sold through 1999, and convertibles and hatchbacks continued on until 2000.

Sports models of the 318is coupe and 318ti Compact were offered from 1998. These included M3 body kits, unique 16" wheels and half-Alcantara sports seats (full leather was optional).

Power windows are a common failure. The most common fault is the window regulator mechanism. Replacement parts are available cheap for sedans, but the coupe part is significantly more expensive.

Interiors generally hold up well to age with the exception of door panels which are particularly bad on the coupes. Leather seats do wear with use.

The E36 was the first 3 series to use water-based paints and the earliest models do suffer more from long-term sun exposure. Like most modern cars, paint fade and clear coat peel are not uncommon, and some colours are worse than others.

Mechanically, cooling system maintenance should not be overlooked, and overheating will likely lead to major engine damage that may be uneconomical to repair. Radiators, coolant overflow tanks, water pumps and thermostats are common failure items. Some models also have plastic water pipes that become brittle with age.

Many suspension components will wear out over time and require replacement including front control arms and bushings, rear trailing arm bushings, rubber shock and strut mounts, and sway bar links and bushings.

Options to look for