Another one of my favourite magazine articles is from the February/March 1986 issue of Sports Car World (Australia).

For the introduction of the ST162 Toyota Celica, SCW compared the Celica to a 1960's 2000GT - Toyota's early (failed) attempt at competing with the exotic supercars of the time.

The article is titled "Twin-cam Treats" by Bob Murray.

The article has lots of information on the 2000GT and why it didn't succeed, and a description of how it drives today. The car they drove was a fully restored example owned by a local Toyota dealer.

There's also details of the newly launched Celica and how the driving experience compares to the 2000GT. They like the Celica and like most other reviews, think it one of the better front-wheel-drive sportscars, but say it's a bit too much like a Toyota.

Interestingly they mention they insured the 2000GT for $60,000 for their road test. These days, these cars are worth around a million dollars. 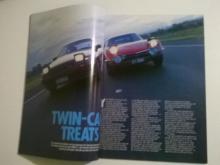 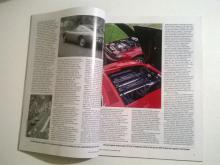 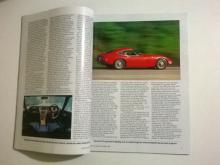 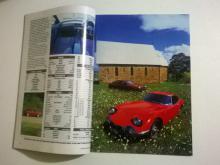