My all-time favourite magazine article is from Wheels (Australia) March 1990 issue and is "An old dog or a new trick" by Paul Cockburn.

It's a comparison test between the Mazda MX5 (just released at that time) and the original 1960's Lotus Elan.

Cockburn's writing style is very entertaining. My favourite quote from the article is an imaginary conversation that might have taken place between Lotus's Colin Chapman and one of his engineers...

"What's that?"
"Ah... That's the engine mount, Mister Chapman, Sir."
"It looks a bit... Solid."
"Oh, it is, Sir. Knowing you wanted everything light we started with your original idea, which, of course, broke. Well, sorry, when I say that, I mean it may have been the way we tested it, putting the engine in it and all, but then we added metal until it was strong enough. This is the fourth version."
"Hmm, fourth, eh? And it's strong enough?"
"Yes, Sir. Quite strong."
"Okay, put the third in production."

Cockburn drives both cars and likes the Mazda but loves the Lotus.

There are plenty of other classic quotes from the article, like "The owner gets to work putting various trim panels back on with such a casual air that one suspects he thinks that sort of disassembly normal in a car driven briskly for 20 miles." This is about the Lotus, not the Mazda, of course. 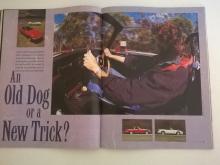 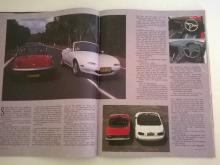 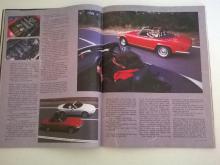 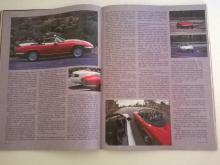