This time when I needed new windscreen wipers I thought I would give the modern, all plastic, frameless style wipers a try instead of the traditional metal frame wipers.

The brand of the ones I bought is "Max Power V8", and the box says "design by Wan Yang". There's no mention of where they are made, but I am pretty confident they are made in China.

They arrived very quickly and were well packed and even include a protective piece that covers the rubber blade in transit.

Fitting is extremely easy, much easier than fitting metal frame wipers. You just need to unlatch the cover and slide into the "U" part of the wiper arm until it clicks into place and then re-latch the cover.

As you can see in the photo, the wipers do not contort to the shape of the windscreen on one side when parked, but they do seem to wipe the windscreen well enough. I recall that the metal frame wipers also didn't confirm too well in the parked position on the same side.

I've included a photo of the metal-framed wipers (before) and the new V8 wipers (after).

Do they look better? It's not a big difference but they do look a little more modern. However, the clip that holds them to the wiper arm is quite bulky compared to the metal-framed wipers.

I do have concerns about how long they will last, only because they are made of plastic and plastic doesn't always last well, particularly in a hot climate like here in Sydney. Will they lose their ability to conform to the windscreen shape after some time?

I'll post back here with how they perform in the longer term.

Having now driven in some heavy rain I can provide some better feedback about these wipers.

As I mentioned, the passenger side wiper does not conform well to the curvature of the windscreen. The result is that it does not wipe the far passenger side well. I've included a photo and added a red line to highlight the area where the wiper blade does not make good contact. It's not really a problem, as it is not on the driver's side, but worth mentioning.

Perhaps a more expensive brand like Bosch would be better in this regard.

The wipers work as well as any other wiper blades I have had, and they are reasonably quiet.

They do look much bulkier than metal-framed wipers when they are running in front of you.

My opinion? I will probably go with metal-framed wipers next time because I think they actually look better as they are less bulky, and they can conform to the shape of the windscreen better. 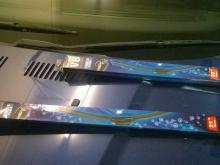 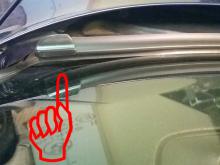 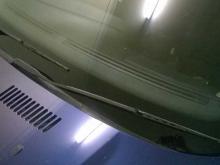 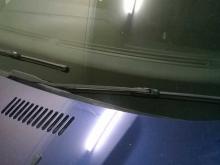 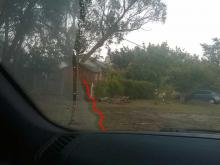