For fans of the Cannonball Run, Gumball 3000, Bullrun and illegal cross-country driving, here is my review of four books on these topics.

The first title, Cannonball!: World's Greatest Outlaw Road Race, is about the original Cannonball Run. That's right, there was a race before the famous movie.

The race was run several times in the USA during the 1970s and started as a form of protest against the introduction of the national 55mph speed limit. It was intended to prove that skilled drivers could drive cross-country at high speeds in safety.

The book is written by the organiser of the race, Brock Yates, but also features recounts of the race from the original competitors. This makes it a real interesting read in that you get to learn about the organisation of the event as well as how the race went for the various entrants.

One of the most interesting and surprising facts I discovered when reading this book was that a lot of the things in the movie (which is a favourite of mine) were based on real events. I think if the movie started with "Based on a true story" noone would believe it. But at least a few of the teams in the movie were based on actual entrants, such as the ambulance, priests and the "just married" motorcyclists. There was even an all woman team although they weren't driving a Lamborghini Countach.

There are plenty of stories about run-ins with the police, mechanical problems and great stories about what it is like to drive flat out for kilometre after kilometre (well, mile after mile) for around 35 hours or more.

Another title, Our Gumball Rally: 3000 Miles, 3 Countries, 65 Ferraris, Only 1 Volvo, covers the 2004 running of the Gumball Rally, which is an annual event in the spirit of the Cannonball Run, but not actually a race. The Gumball Rally is meant to be a navigation challenge within the road rules with a huge party each night after the days driving. Although the organisers discourage any illegal driving each year many drivers cop fines or jail time for various driving offences.

The book is written by journalist Clement Wilson and his driving partner Richard Dunwoody, a retired jockey. It tells the story of how the two got together and came up with the idea of running in the rally, securing a car, and their adventures in the rally.

The car they chose was a Volvo V70R (not that they had much choice), which was an unusual choice given that most of their competitors were in exotic supercars. But if you read the book you will find that the more discreet Volvo did have it's advantages at times.

They drove hard, they partied hard, then they crashed the Volvo. My favourite part (and probably most of the entrant's favourite part) was when they were driving through part of Africa where they were given free reign by the King to drive however they wanted. This of course meant that most drove absolutely flat out and resulted in some major accidents.

I really enjoyed the book and it is a great insight into the event. It's not just about cars and driving but the author frequently sidetracks to other interesting things just about life. And I say author because I suspect that Richard Dunwoody didn't do much writing - the book is almost exclusively from Clement Wilson's perspective.

I also read The Driver: True Life Adventures of an Underground Road Racer by Gumball 3000 and Bullrun legend, Alexander Roy.

Although I wasn't a big fan of the writing style (too much dialogue), and was often disappointed by stories that stopped short or should have been included, this is a riveting read.

Roy writes about his attempts to run his own version of Rendezvous in New York, where he sets an unofficial record for a lap around Manhattan.

There are, of course, many stories about Gumball and Bullrun antics, including the infamous "Battle of Rome".

Much of the book focuses on his attempts to break the Cannonball record for crossing the USA, which I found particularly compelling. You won't want to put the book down until the end of these chapters.

Overall, a highly recommended book for fans of this form of "motorsport"!

For the Record is a book by Ed Bolian who is the current US Cannonball record-holder, having beaten Alex Roy's time by a considerable margin.

The book is part autobiographical and Ed shares how he became a car enthusiast, his work and businesses, and many other aspects of his life.

Throughout his interest in the Cannonball record grows and his book covers preparation for the record attempt, as well as the drive itself of course.

Well written, interesting and I found it hard to put the book down and got through it in a short amount of time.

A valuable addition to the books on this topic, if not one of the best. 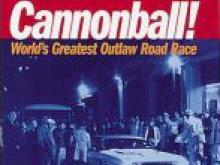 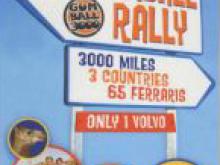 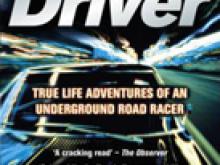 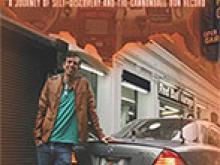