Like my other post, I'm ignoring the large channels that everyone already knows about and concentrating on some of my favourites that you may not know about.

This new channel is by a towing and wrecking company in Queensland and they seem to be making a big push to become successful on Youtube.

They are even planning on regularly building cars and giving them away to subscribers.

They have a variety of projects going including some early Holden Commodores, a Chevrolet 350 powered Jaguar, a Toyota Dyna truck, a Ford Cortina, a Subaru WRX and a Subaru Brumby. Quite a variety!

If you like Roadkill-style road trip videos then this channel already has a couple of videos including one of host Red and his wife Nicole buying a rusty Holden VN Commodore (actually an HSV SV91) and driving it 1,000 km home. They had some mishaps along the way including the rear windscreen falling out and they even posted live updates along the way!

They have more road trips planned including one to Uluru.

There are regular live streams on Saturday mornings and a new one on Wednesday nights where Red helps out people looking for parts.

Zac is a young guy in Queensland who likes cars (Ford Falcons in a particular colour mostly) and wants to be a YouTube star.

His videos are very well produced and it is entertaining to watch his car endeavours.

I was as surprised as everyone else when he bought a second car of the same type and colour (but turbo) and went about swapping most of the panels between cars because he had invested time and money in paint correcting his old car.

I cringed just as everyone else did when he was petrified driving his car across Brisbane with half the exhaust removed.

But this makes for good entertainment!

I wasn't impressed when I watched one of his live feeds and he convinced one of his viewers to send him a dinner through uber. For someone wanting to be a professionally Youtuber, I don't think this is a good look.

Feeonnaa is a Victorian "car girl" and undertakes mechanical projects of all types, including a manual conversion on her Toyota Supra and a complete engine replacement on her friend's Camry.

She also wants to get into drifting and one of her projects is a Holden Commodore Ute that she is modifying to a track-only draft car.

Her videos are very well done, and technically detailed.

This channel is much larger than the other Australian car channels mentioned above, with over 50,000 subscribers.

Jeff has a number of rebuild projects including a Volkswagen Beetle, Porsche 911, Datsun 240Z and an Alfa Romeo 105 that will be fitted with a Ferrari V8 engine.

Unlike other project channels that might break up a rebuild into 10 to 20 parts, Jeff's projects are split into many more videos - for example, there are 110 parts to his 240Z build!

Jeff does almost everything himself including bodywork, engine rebuilding, and even interior trimming.

Most of the recent content on this channel centres around a second-generation Toyota MR2 currently undergoing a V6 engine swap.

Earlier content is largely about modifying a Toyota Camry, which looks like it has been surprisingly (to me) popular.

I always enjoy a good road trip video where someone travels a long way to buy a car and then attempts to drive it home, and this channel has a few of those as Rex travelled from Melbourne to Adelaide to pick up his MR2 and his friend picked up a couple of MR2s from Sydney.

These Australian channels each have under 1,000 subscribers but are putting out good content and well worth checking out.

This channel has various projects including a first and second-generation Lexus IS, a Daihatsu Cuore, some early Toyota Corollas, and a Commodore VN.

This channel comes out of country Western Australia and is a real eye-opener on what car life is like out there.

A recent video, Hunting for wrecks in the bush (www.youtube.com/watch?v=B5BiE7WEDA4), shows what amazing old cars are rusting away in outback Australia (and appear to be anyone's for the taking).

There's also a video or two on the local "Pick a Part", which appears to be just taking parts from cars left to rot in bushland.

I know many people love to see these sorts of videos, and I suspect that if this channel gets more exposure it could be very popular.

The channels latest project is an early Toyota Cressida (found in the bush) getting a Ford V8 engine swap. There's also some Holden Commodore, Nissan Sivia and Ford Falcon content.

Not a lot of content from this channel yet, but showing some promise with interesting projects including a Holden VN Commodore, early Mazda RX7, Nissan 280ZX and an AE86 Toyota Corolla. 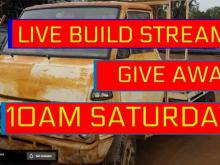 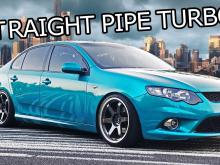 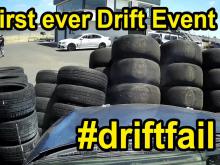 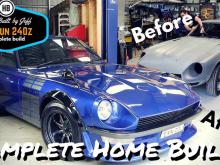 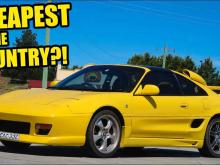