In October 1994 BMW Australia introduced a sport option pack for the 318is coupe. This option pack included 16-inch alloys and certain M-Technic parts. I've seen three such 318is's around. Apparently the sports option pack was also offered on the 325i but I haven't seen any of those.

The M-Technic parts consisted of an M3 style body kit including front and rear bars, side skirts and side rubbing strips. The cars I have seen also have a rear spoiler. Inside they have half cloth/half Alcantara (like suede leather) sports seats with the same pattern as the M3 seats.

Engine is the M42 twin cam 1.8 litre four, and is unchanged in the Sport. All of the ones that I have seen have been manual.

One of the cars I saw was a unusual dark green (I looked at this car to buy and wish I had but I was too slow), another was red (I also looked at this one but it wasn't in very good condition), and I don't remember the colour of the third (saw it on eBay).

They both had an "Individual" sticker (special order program) on the strut tower under the bonnet.

Unfortunately I don't know much more about this model or how many were sold, but I would welcome any further information.

This model is not the same as the later 1997 to 1999 318is Sport which had similar options but used the M44 engine and had many updates over the earlier model.

Update (19 April 2013): I just found another one of these for sale and fortunately it listed the VIN number so I could look up the original specifications (alternate website). It shows as an "Individual" model.

This one was made in March 1994 and is a shade of dark blue called Petrol Mica Metallic. It didn't have the original 16" wheels that it left the factory with.

In addition to the body kit and seats and door trims in M3 fabric, these models should also have black suede roof lining and sun visors, grab handles, etc. They should also have a 7 button OBC with outside temperature display. Wheels are officially "LM style" 16x7 with 225/50ZR16 tyres. Chrome exhaust tips are fitted and the model badge is not fitted.

Update (9 May 2013): Found another two of these for sale. One was Aqua Metallic in colour with a light grey interior and I was able to grab the photos of the original wheels and the "Individual" sticker. The other was another of the unusual dark green colour models.

Update (13 May 2013): A reader, Ben, kindly sent a copy of the brochure for these models which explains all. See my follow up post, Brochure: The 3-Series Coupe Sports Option (carchat.org/articles/1396-the-3-series-coupe-sports-option-bmw-australia-brochure). 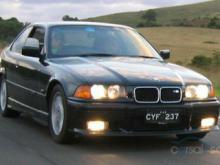 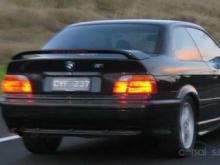 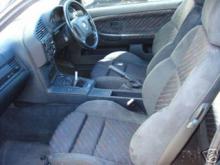 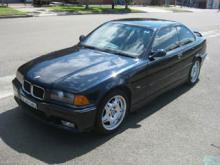 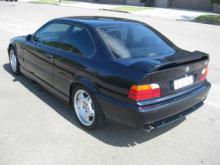 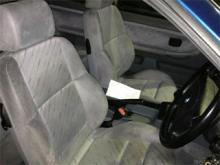 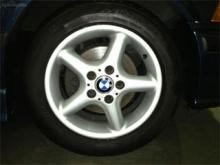 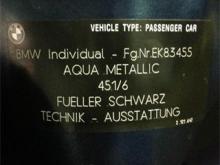 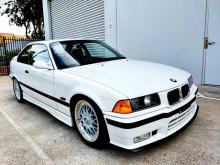 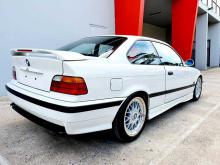 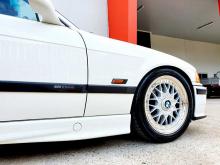 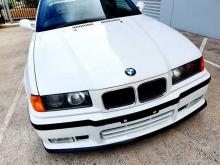 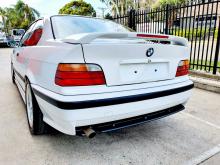 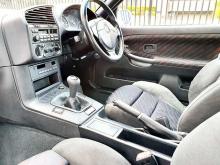 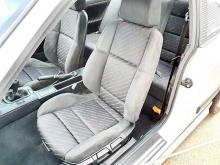