I have been looking for a phase 1 or 2 Volvo V40 for a long time, but at the same time keeping my eye out for other options including V50s. Manual Volvos are rare in Australia so not much comes up for sale that interests me.

I spotted this 2007 manual 2.4i V50 for sale for a very low price and with several problems mentioned including an idle/stalling problem, leaking CV joint boot, worn engine mount and non-functioning air conditioning. It also had a severely worn steering wheel and was missing the gear knob. It has done just under 190,000 km.

It seemed like a good opportunity to get a manual V50 for a good price and I keep convincing myself that I like a project car, so I made my way to see it in the dark on a Sunday night to be first to see it before someone the seller said was coming the next day.

First impressions weren't great (didn't appear to be have been cared for at all and had a strong cigarette smell) and I was thinking of walking away so didn't do many checks, but after a little thinking time, I decided to make a low offer (two-thirds the asking price) and either walk away or get it cheap enough that it wouldn't be much of a loss if it didn't turn out well. The seller surprisingly accepted my offer (usually a bad sign) so I paid for the car and left it there overnight as I would need to come back the next day to pick it up.

The next day I showed up complete with tools and supplies. The first check was the oil level and there was nothing showing on the dipstick. Little by little I added oil and waited to see some signs of it on the dipstick. I'm not sure how much I put in there but I think it was about 3 litres before it hit the low mark on the dipstick.

The coolant tank was also showing well below the minimum mark so I added some distilled water.

One of the tyres looked flat so I checked them all and one of them was showing only 10 psi and I found something metal stuck in it, which I didn't remove. I checked the spare and found it was a tiny space-saver with an 80 km/h speed limit which I didn't like the idea of using on the motorway.

I drove a couple of minutes to a service station and put some air in the tyre and checked again a few minutes later to see if it was holding air. It seemed ok so I decided to run with it. I also checked the oil level and added some more, and also added some more water (I had run out of distilled water) as the coolant level had gone back down below minimum again.

On the road, I found that after the car got warm it wanted to stall every time I stopped - just like the seller said - so I had to keep the revs up and not let it idle. There was also some vibration (possibly engine mounts as suggested by the seller) and the engine had some hesitation at times. Aside from those issues it actually drove well and there were no issues with overheating. My wife, who was following, she said that she never saw any smoke which is a good sign.

I drove for about 10 km and stopped again to check everything. The oil and coolant levels had stabilised and the tyre was still showing the same pressure so I headed the remaining 50 km home.

The stalling issue was a bit stressful and I dreaded every stop but aside from a few stalls, it made it okay.

At one point I wondered why the side mirror was rattling so much and I made the mistake of touching it which resulted in it falling off and smashing into pieces on the road behind me.

Eventually, I made it home and gave the (very dirty) car a wash. I noticed some light hail damage on the roof and some reasonably minor paint imperfections that I hadn't seen the night before.

The leather on the seats is a bit worn, and much of the plastic interior parts are a little faded from exposure to the sun but the interior is in good condition.

It looks like it will clean up okay and once the stalling problem and a few other issues are resolved it should make a reasonable daily driver and hopefully, I will have spent a lot less than its market value. 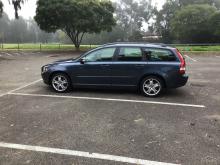 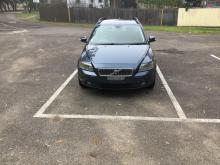 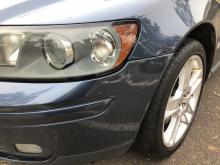 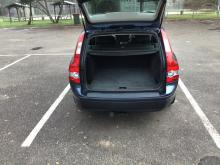 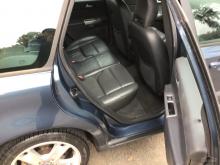 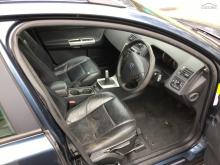 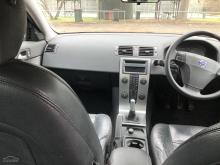 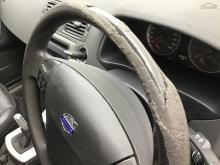