Not much progress with the project Volvo V50

I'm waiting on the new rubber PCV hose to come in to see if it fixes my idle/stalling issue, although the more I think about it, I don't think it will solve that problem. I'm leaning more towards a problem with the throttle body, at a guess.

I did get in a new side mirror glass which I have already fitted.

I've also had a bit better look over the car when I have had a few spare minutes. I found one of the front tyres has a bulge in the sidewall. The front tyres are pretty worn and need replacing anyway. I also found out they weren't the standard size. They are 215/45R17 and the standard size is 205/50R17, but the recommended upgrade is actually 225/45R17. I'm not sure what size to go with and whether to replace just the fronts or all four as one of the rear tyres has a puncture and they are Goodyear Optilifes which do not have a good reputation.

I also wanted to check out whether the timing belt had been replaced so I took the cover off and looked for any evidence. Unfortunately, there was no sign of it being replaced and the back of the belt has micro cracks so I will make it a priority to change it. I believe that having the belt replaced will cost $900 plus at a workshop, so I'm looking at how I can reduce this cost, although I'm not sure I want to attempt it myself.

The coolant expansion tank has some cracks in it so I've ordered a new one. This could be the cause of the lack of coolant when I picked up the car, although I can't see any obvious signs of a leak underneath it.

Looking under the car I found some oil on one of the inner CV joints and there is some oil on one side of the engine and over the tie rod behind it. I'm hoping this came from the broken PCV pipe but it doesn't seem to line up with that so I'm unsure. I am also missing the lower plastic engine cover.

I had a pleasant surprise when I found that the front shocks are Bilstein B4s, which is a good sign that someone once cared for this car after all. 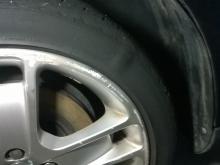 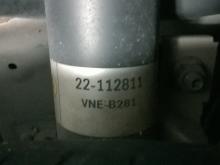