How to choose a cheap used car

When you are looking for a cheap car to buy, you also want one that will be cheap to maintain. The following advice will help you choose a model that requires minimal regular maintenance.

Cars with bigger engines are generally more powerful and smoother to drive than those with smaller engines, but they can also use more fuel.

The number of cylinders and the configuration of the engine will also affect maintenance costs. If you compare an inline 4-cylinder engine to a V6 engine, the cost will be less as there are two fewer spark plugs, ignition leads, ignition coils, and generally the larger the engine the more oil and the more coolant that is required.

A “vee” configuration engine such as a V6 or V8 has two banks of cylinders instead of one, so that means there is more maintenance required and potentially more parts that could fail or wear out including cylinder heads, exhaust headers and other parts.

Some manufacturers like Subaru use “flat” engines, which like “vee” engines, also have two banks of cylinders.

A smaller engine will usually mean it uses less fuel, but this will, of course, depend on the way the car is driven. Note that more cylinders can potentially mean a less stressed engine and a longer life.

Engines with timing belts need to have the belt replaced regularly. Failure to replace the belt will usually result in major damage to the engine, that would require an expensive rebuild or engine replacement.

The cost to replace the timing belt varies from model to model, but is usually at least A$500 and often significantly more. Whilst the belt is being replaced, most workshops will also suggest that other components in the same area of the engine are replaced, such as water pumps and belt tensioners, which can further increase the cost.

The alternative is an engine with a timing chain. Generally, the timing chain will last the life of the car, so can be a significant saving in maintenance costs over a car equipped with a timing belt. But beware as there are some models which are prone to timing chain problems.

Recommendation: Choose an engine with a timing chain and check reviews for any common problems with the timing chain in that model.

However, owners who use their diesel cars mostly for short trips rather than long-distance driving may suffer increased maintenance costs and reliability issues. Many diesel engines will suffer if they do not regularly run at normal operating temperature for long periods so are best driven on the highway at least once a week.

It is also becoming more commonplace for petrol cars to require premium unleaded. Premium is around 15% more expensive than regular unleaded or E10.

Recommendation: Petrol engines are a better choice for cars that spend their life in city and suburban areas.

Should I buy a European car?

European cars have a well-earnt reputation for being expensive to maintain.

Some brands are worse than others. The more popular European brands like BMW have many alternate sources of parts and independent workshops specialising in them.

Owning a European car can be comparable to any other car if you follow some advice. The first advice is to find an independent mechanic who knows that brand of car and have them do your servicing and repairs. This actually also applies to cars from any country, as the factory dealer service centres are usually the most expensive places to have your work carried out on your car.

The other piece of advice is that you should consider buying your own parts and providing them to your mechanic. This can delay repairs, but there are usually many sources of parts that are much cheaper than buying from the dealer. Some parts are significantly cheaper if bought from overseas if you can wait. Often, time-poor mechanics or those not familiar with alternate parts suppliers for a particular brand, will just pick up the phone and call the closest dealer for parts.

Recommendation: If considering a European car, keep to the more popular brands, and find a good independent mechanic.

Front, rear, all or four-wheel drive?

Rear-wheel-drive cars are usually easier to work on as there is often better access to the front of the engine so jobs like belts and water pump replacements can be simpler and subsequently less expensive.

All-wheel-drive cars usually send power to either just the front or rear wheels but are capable of sending power to the other wheels when extra traction is needed. This can make them safer in some circumstances. All-wheel-drives have an extra differential, driveshafts and electronics so have more components that can go wrong. This also means extra weight so they can go through fuel, tyres, suspension and brakes more than a two-wheel-drive vehicle.

Four-wheel drives are off-road capable vehicles, usually with the ability to lock the driving wheels and with a low range option. These are usually much heavier vehicles and, like all-wheel drive cars, will be much harder on fuel, tyres, suspension and brakes. They can also require extra maintenance and 4WD tyres are usually more expensive.

Recommendation: If you don't have a need to go off-road regularly then stick to a regular two-wheel drive or an all-wheel-drive if you want the extra safety or desire an SUV.

Manual transmissions are becoming rare but are generally the most reliable of the choices. Clutches do wear out and need replacement, which can be expensive. These can generally last 100 - 150,000 km depending on how they are treated.

In modern vehicles, there are quite a few different types of automatic transmissions.

The most common type is the conventional automatic transmission with a torque converter. Reliability of these varies significantly. Some models are very reliable and some are fragile. When they fail they can be expensive to repair or replace. It is important to research the specific model you are interested in to see if the transmissions are typically good or best avoided.

CVT transmissions are becoming increasingly popular. Again, it is important to research these as reliability varies greatly. Some brands (eg. Nissan) have had major problems with their CVTs and these are best avoided as they may not last long and are expensive to repair or replace. CVTs seem to be more suitable for smaller vehicles, and some of the larger cars with CVTs have been more problematic.

Also, some CVTs drive differently to conventional automatic transmissions and some people don't like them, so it is worthwhile to test drive the model you are interested in and see if you like it. Some brands (eg. Toyota) are programming their CVTs to operate more like conventional automatics.

There are other types of transmission like Volkswagen's DSG, Ford's PowerShift, BMW's SMG and Alfa Romeo's Selespeed. Although some of these may provide a better driving experience, all of these brands have had considerable problems with their transmissions. It pays to do your research to see how reliable the model you are interested in is. 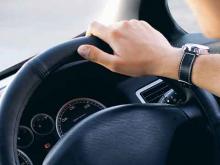