M40 engines had a timing belt and require regular replacement, but all other engines have timing chains.

M40 engine suffers from top-end wear and was replaced by superior M43 in 1996.

M50 engines from 1992, M52 and S52 engines had variable valve timing, which can require extra maintenance.

M52 engine can consume oil due to engine wear or PCV system components.

M3 can be equally reliable but parts and maintenance costs are often much more than other models.

M42 and M44 (318is and 318ti) engines are mostly reliable and maintenance requirements are minimal.

Automatic transmissions in 4 cylinder models can be problematic. 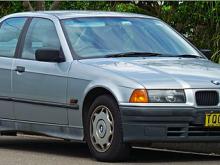