Similar story to the earlier JG series, but with more engine choices to go wrong.

Some reports say that the JH series fixed many of the problems of the JG, but there's no shortage of unhappy owners who dispute this.

The 1.4-litre petrol engine has a timing chain but all other engines use a belt which requires occasional replacement. 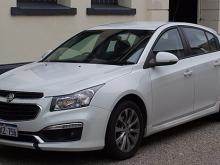