It still had the original 15" alloy wheels on it when I bought it. It also had some damage to the front bumper grille surround panel. The panel has been replaced with a second hand part that was the same colour, as has the number plate plastic piece.

The car was as it left the factory with a few options - a centre armrest and a ten CD stacker. It also had the original basic cloth seats.

In August 2008 I fitted a set of sport seats which were originally fitted to a later model 318is Sport (the model with the factory fitted M3 style body kit). The seats have suede leather (Alcantara) side bolsters and blue cloth fabric in the centre panels.

In July 2010 I found some new front door interior panels and matching rear panels, again from another 318is Sport. These were black leather and have panels for side air bags which are obviously non-functional on my car. From the same car I also took the roof gutter strips and door seals amongst some other minor parts.

In August 2010 I replaced the sagging headliner with new material affixed to the old headliner panel.

Like my two previous E30 318is, this car has been quite reliable. The only problems I have had are thermostat, brake light switch, ignition switch, headlight switch, and a few oil leaks.

I have measured fuel economy since I purchased the car which has averaged out to just under 8.2 l/100km, this is mostly suburban driving commuting to and from work.

The boot lid and rear bumper were replaced with the same colour parts of a wrecked car as the clear coat had peeled in some places. 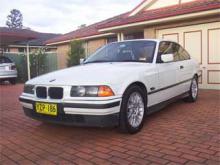 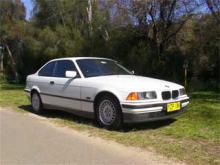 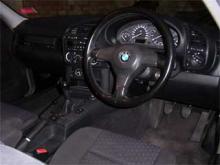 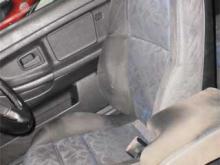 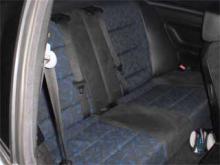 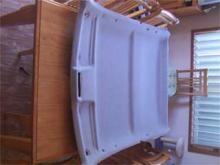 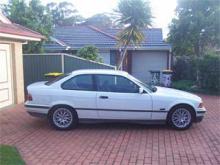 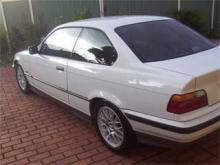