First drive, and first steps to registration for my new 1991 325i

It was my first chance to drive the car today and have a good look over it, as I had to go and get a blue slip or whatever it is called now.

Good news - it passed with no problems.

I can report that the engine sounds and feels great. Quite a bit more poke than my 318is. Lovely sound through all of the rev range.

There is a bit of clunking coming from the front suspension. I previously thought that the dealer replaced the control arm ball joints and bushes but looking at thew receipts I see it was just tie rod ends and sway bar bushes. So I have some suspension work to do (which I expected).

I am very happy with the handling of my 318is coupe which has just the factory Mtech suspension and needs new shocks. So I think I would probably be happy with some new shocks and some Mtech springs off a 325i coupe. As I have a very early 325i with the different front suspension, I was thinking of finding a wrecked 325i and taking the front struts and anti roll bar, and rear springs, and then updating my suspension to the later type. Depending on the state of the shocks and struts I might just leave it, otherwise buy new ones. Is this worth doing? Any idea why BMW made the change? Exactly what parts would I need to get?

So while I was waiting for the blue slip I had a good look over the car. The paint work is pretty bad due to clear coat peeling in a lot of places. The only accident damage appears to be the front right fender which appears to have just been replaced with a similar colour part and not fitted well. The driver's door has a little damage to it presumably from the fender damage. Other than that I can't see any evidence of further damage or of other accidents.

Under the bonnet is pretty good, perhaps a new valve cover gasket is needed as there is a little oil leakage. There are a few wires that seem to be disconnected which I will have to work out what they are for. Looks to be missing some ducting to the airbox too.

I have my 318is coupe up for sale so once that is sold I will get this one registered and work out how far I want to go fixing this one up. 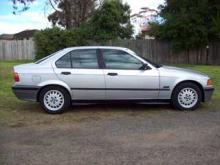 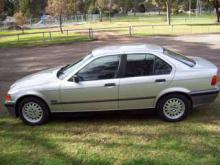 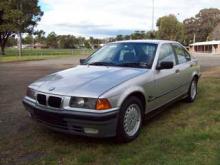 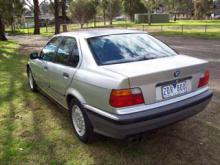 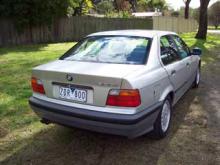 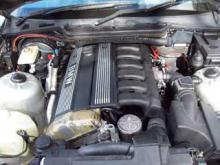 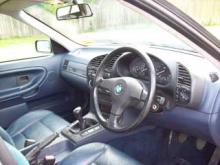 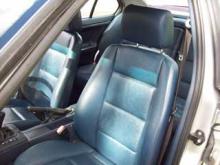 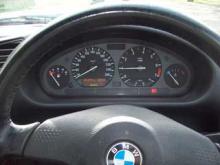