My 325i has what appeared to be surface rust around the boot seal. This seems to be a common rust area on E36s, particularly the early models. I didn't really want to put too much effort in to repairing this but did want to protect it from getting worse. I purchased some paint that dissolves the rust and seals it, protecting against further rust.

First step is to remove any loose rust using a wire brush. This went fine and I sprayed on a few coats of this special paint. Unfortunately it worked very well, the rust dissolved leaving a few holes - I didn't realise it was that bad.

Next step was to fill the holes with some body filler I had left over called Fibrefill which has fibreglass in it to fill holes. This worked quite well.

The next day I sanded it back to what I thought was nice and smooth. After a coat of primer though I can see that I did an awful job of sanding.

Anyway, I applied a few coats of primer, metallic silver ($2 a can paint but almost a perfect match for Sterling Silver), and clear. 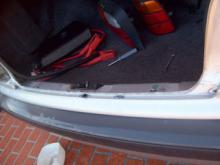 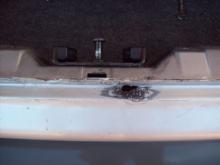 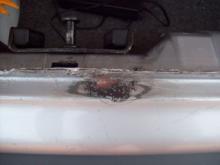 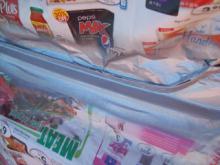 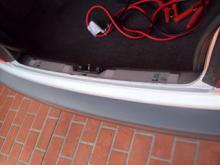