After several months of searching for my next car, last night I spotted a 1998 318is Sport for sale. Not only was it priced quite low, but the advertisement said it was supercharged.

The next morning I was the first person to see the car. At first I was disappointed as there were plenty of little dents, possible from hail, and a few bigger dents. But I was still interested, mainly due to the supercharger, and made a low offer, which to my surprise was accepted.

Money changed hands and I drove it home. First impressions were that steering and suspension seemed good, and there was evidence during my inspection that the control arms had been replaced not too long ago. However, at 100km/h any changes in direction felt strange, so one of the first things I will need to attend to is a wheel alignment to see if that helps, before I start looking under the car at some of the much worse possibilities.

The other thing I found was that the clutch throw out bearing was noisy, so looks like I will be replacing the clutch very soon.

The car is Avus Blue Metallic, and has been fitted with 17" 5 spoke (double-spoke) wheels. Being a "Sport" model it is also factory fitted with the Mtechnic body kit, and has alcantara/cloth sports seats.

This model is also one of the only models that had black headliner and associated parts.

This particular car does not have a sunroof or cruise control, which to me is perfect.

I'm not sure what supercharger kit it has but it looks very well done, and it looks like similar to pictures I have seen of the Downing Atlanta kit. The throttle body is a Bavarian Motorsport 57mm unit. 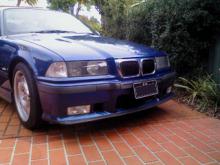 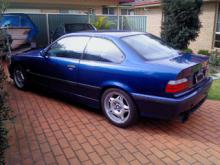 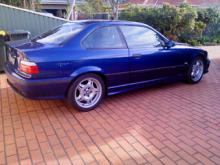 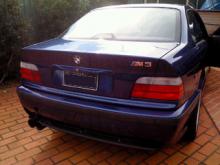 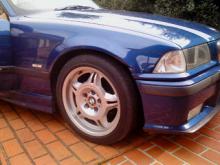 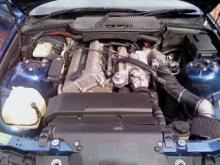