I had only a few issues over the years, mostly with fuel pumps (I think I did at least 3 of them). I also had to replace the clutch. Once the A/C compressor clutch failed and took out all of the belts. I also changed the shifter bushes, dampers and a few suspension parts.

When I got the car it was missing the front spoiler lip. I bought a factory replacement and painted it black (they are usually body-coloured).

I also replaced the dashboard as the original was cracked, fitted a 4.10:1 limited slip differential and found a set of factory sports seats out of a Baur cabriolet.

I fitted a copy of a tuned engine computer chip, and put in a switch so I could change back to stock. I also experimented with drilling holes in my airbox and "ram air" by removing my high beam. I also added a DIY shift light.

As part of some crazy weight reduction idea I had I replaced the flog lamps with blanks, and removed the radio and fitted a blank panel.

I had some great drives in the car. One trip from Melbourne to Canberra via Cooma I will always remember. 6 hours of driving at 140 km/h to 170km/h pretty much all the way. 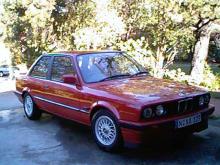 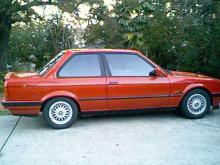 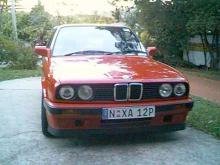 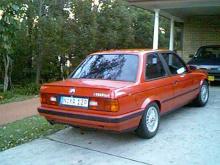 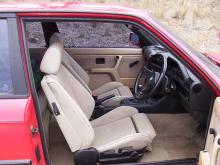