I recently bought a short shifter for my 1998 BMW 318is off eBay (or maybe it was Aliexpress).

After watching various instructional videos on Youtube on how to install it I gave it a go myself.

Removing the old lever is easy, as long as you use the pliers method and turn it clockwise.

Installing the new lever was not so easy. I knew that you had to reduce the thickness of the lower mounting bush but by how much? I didn't want to take off too much and make it loose, so I did it bit by bit until the clip just fitted on.

In most of the videos I watched people had to hammer the lever down into place, but mine just dropped in with no effort.

Fitting the lower circlip was a pain. You really need a set of straight circlip pliers to do it. I don't think the circlip is the right size as it has to deform to fit into place and doesn't look right. After much frustration I did manage to get it into place, although I won't be surprised if it falls out.

With everything back together I went for a test drive.

You already know by the title of this post that I don't like it. This is because the throws are now too short. You need a lot more effort to change gears and it's like flicking a light switch now.

You may think that sounds good but for me it isn't.

It seems like it is harder to select gears now, particularly first, fifth and reverse. But it is hard to say.

Also it sits to the right a bit. This is not a problem, it just looks different.

I'm leaving it in to see if I get used to it and maybe change my mind but I'm looking around for a Z3 1.9 shifter already to replace it.

Update: After taking the car for a longer drive, do I still hate the eBay short shifter?

On the positive side, I am getting used to the much shorter throws and kind of like it.

The negatives are that selecting gears requires a lot more effort and it feels like some gears are hard to select. Third to second is the worst.

I also worry that the quicker gear changes might add to the wear on the gearbox.

I think that I would not want to go back to stock now, but would prefer something with slightly longer throws. Maybe the best option would be to cut a short amount from the bottom of the eBay short shifter and weld it back together, increasing the throws a little. Also it would be good to bend it so that it is located more centrally in the console (at present fourth gear looks like the old neutral position).

Update 2: After a couple of weeks of driving with the new shifter I think I can conclude this post.

Do I hate the eBay short shifter? No. Do I love it? No.

It's always good to start with something positive so let me say that I do like the short shifts.

Now for the negatives...

The short shifts are only in the forward and backward movements. Side-to-side movements are still quite long so it's a bit odd. Third to fourth is good because there is no left-to-right movement, but second to third isn't so good.

Most gear changes are accompanied by a metallic clunk, which I imagine is similar to changing gears in a Ferrari or Lamborghini with an open-gated gear shift. Unfortunately, in the case of my car, this noise is from the gearbox itself and I suspect due to the synchromesh being beaten as the gear shifts are now quicker than the car was ever designed for.

Getting into first and reverse gears can take a lot of effort. Admittedly my gearbox is close to 300,000 km old (186,000 miles) so probably not in "as new" condition. When the car is cold, selecting first gear can be a bit of a lottery unless I use a LOT of force.

The worst part is the inconsistency of gear changes. I like to change up gears smoothly by shifting just at the right time so the revs match, and downshift smoothly by giving a quick blip on the throttle to match revs. With this eBay shifter, it is difficult to change gears smoothly and some gear changes require more force than others and its often hard to time it well.

I'm sure these eBay shifters work a lot better on some BMW models, but for my 1998 E36 318is I would not recommend one.

I'm still going to find myself a Z3 1.9 shifter which sounds like the best choice from what I have read, although I'm sure I will miss the extremely short throws of the eBay shifter. I have considered the X5 3.0-litre petrol shifter as these are meant to have a short throw but a longer lever that is closer to the steering wheel, but I can't find any information specifically relating to the 318is and I don't want to experiment any further. 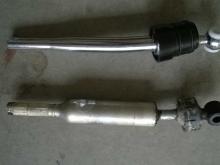 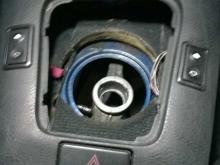 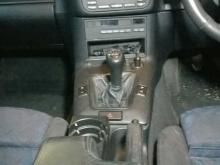 Update 3: I know I said that I had concluded this post but after many months now I am happy with the short shifter. Occasionally it takes a couple of attempts to get into first gear, but 99% of the time it's fine and I would not want to go back to a stock shifter. In fact, it would be nice to have an even shorter shifter!

I think it took a little time for me to adjust my gearchanges and get used to it.

So I am going to backflip on what I said before and now say that I can recommend these eBay short shifters.