Using the best photos when selling your used car

Photos are a very important part of any used car advertisement. They are the first impression you make on a potential buyer.

Here are our top five tips:

Potential buyers want to see a nice clean car as it gives the impression that the car is cared for.

When taking photos - particularly of the interior - you should remove all personal items and any rubbish.

You should also remove food and drinks as buyers may think that the car has been used as a restaurant and be dirty.

Consider removing any personal stickers from car windows. For example, a sticker that says "Vehicle frequently sideways" might give the impression that the car has been mistreated.

We've seen advertisements with photos of car boots with oil and coolant containers. Some buyers are going to assume that means the car has a problem.

And we've even seen photos of pets riding in cars. This will definitely put off many prospective buyers.

In this real example, the seller of this Honda has left their takeaway food on the passenger seat. Not a good look!

Twenty years ago we scoured classified ads for cars that were just text without photos, but these days there's no excuse for not including sufficient photos.

People want to see what the car looks like inside and out.

Believe it or not, some people have listed cars without any photos at all, sometimes saying photos will be provided later or to get in contact and they will send photos. Remember that you only make one first impression!

Our recommendation is to include at least the following photos:

Front-side angled shot (makes a great first photo)
Front and rear shots
Shots of both sides
Interior including dashboard and seats, and maybe the rear seats too
Also consider shots of the engine bay and with the boot/hatch open
If you have the owner's handbooks, a logbook or receipts showing a good service history or multiple keys it can be a good selling feature to include a photo of these.

This is what an advertisement with no photos looks like on Gumtree:

3. Be careful what you photograph

Keep in mind when including photos of the car's instrument cluster that it may expose some concerns to potential buyers.

For example, it may show that a service is overdue or the "check engine" light might be on.

In the case of the following Volvo for sale, there is a warning showing that the coolant level is dangerously low and the engine should be stopped immediately. Strangely, there's no mention of any problems in the seller's description of the car.

Don't you hate those advertisements with tiny photos, blurry photos, or photos taken at night that you can barely see?

That's why you should use at least reasonably high quality and large photos (640 x 480 absolute minimum).

It's also a good idea to always use landscape format photos as most websites display photos in this format, and portrait photos can get resized to a very small size to fit in the landscape format.

This is how portrait photos appear on Gumtree.

The first photo is - not surprisingly - the photo that people see first. Make your first photo a good photo of the outside of the car.

Some people put photos of the inside of the car or the engine bay as their first photo. This is no good for buyers who scan listings and might overlook an advertisement because they don't see a photo of the type of car they are looking for.

Here are some examples of poor choices for the first photo.

Does this listing showing a photo of the back seat stand out to you?

Or how about this one of the dealership selling the car instead of the car itself?

I'm not sure that the first photo should show just a fog lamp and damaged bumper – not exactly putting your best foot forward.

Long registration can be a good selling point but we would not recommend putting a photo of your registration paperwork as your first photo. This seller didn't even bother to obscure their personal details (we have blurred them out). 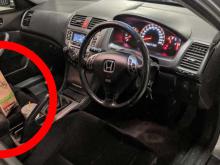 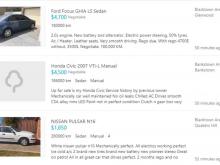 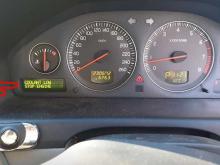 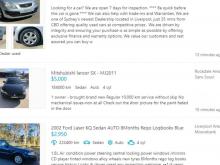 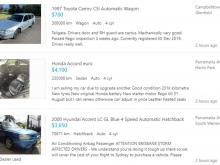 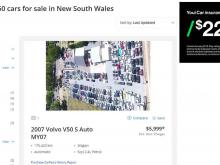 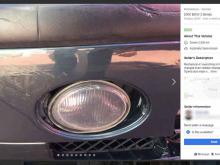 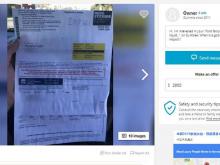