It always amazes and amuses us when we come across a used car for sale where the seller believes that because their vehicle has very low mileage that it deserves a very high sale price.

Maybe if you have a collector car that is in high demand, then you can demand a premium for low mileage, but for the average car no buyer is going to want to pay well above the going rate for that model.

Why so much? The seller says it has exceptionally low mileage of 61,000 km.

When you are asking over twice the going rate for a used car, you would think the seller would put maximum effort in creating their advertisement, right? Not this seller.

First, their advertisement headling incorrectly describes the car as a 2.4 when it is quite clearly a 2.0-litre.

They have seven photos with their listing. One of the dashboard (complete with mess in the footwells), and two of awkward shots of only part of the rear of the car. The remaining images are photos of the brochure for the car!

We'll be watching to see if this car sells and for any price reductions. Our guess is the seller may be in for a bit of a wait at their current asking price.

Experts say that a car with low mileage may be a more risky purchase than a car with average mileage.

The vehicle may have been subjected to mostly short trips which will cause extra wear and tear on a vehicle.

Servicing may have been done based on mileage rather than time, so some parts and fluids may be past their used by date and not providing the necessary protection.

Many plastic and rubber parts will become brittle if they're not used regularly and most mechanical systems work better when they are running at normal operating temperature regularly.

So low mileage may be attractive, but there can be significant drawbacks, and you should be prepared and allow for some extra maintenance and repair costs.

So how much extra is low mileage worth?

For anything other than a historic collector car you really can't expect much more than the maximum going market price for that model, and that's assuming the car is also in very good condition and has had servicing according to the manufacturer's schedule.

Within a week there has been two price reductions. First to only $9,000, and then to $8,000 a day later. We still wish them good luck at those prices. 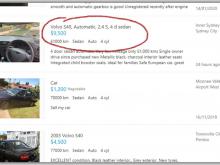 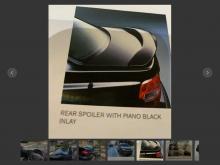